Okinawa is sort of a Japanese Hawaii — an exotic, laid-back group of islands with warm weather, palm trees, and sugar-sand beaches. For almost a thousand years, this Pacific archipelago has maintained a reputation for nurturing extreme longevity. Okinawans over the age of 65 enjoy the world’s highest life expectancy: Men are expected to live to about 84, while women are expected to live to almost age 90.

They suffer only a fraction of diseases that kill Americans: a fifth the rate of cardiovascular disease, a fifth the rate of breast and prostate cancer, and less than half the rate of dementia seen among similarly aged Americans. All Okinawans age 100 or more who are alive today were born between 1903 and 1914. During the first third of their lives, roughly before 1940, the vast majority of the calories they consumed — more than 60 percent — came from one food: the imo, or Okinawan sweet potato. A purple or yellow variety related to our orange sweet potato, the imo came here from the Americas about 400 years ago and took well to Okinawan soils.This sweet potato — high in flavonoids, vitamin C, fiber, carotenoids, and slow-burning carbohydrates — is one of the healthiest foods on the planet. The traditional Okinawan diet was about 80 percent carbohydrates. Before 1940 Okinawans also consumed fish at least three times per week together with seven servings of vegetables and maybe one or two servings of grain per day. They also ate two servings of flavonoid-rich soy, usually in the form of tofu. They didn’t eat much fruit; they enjoyed a few eggs a week. Dairy and meat represented only about 3 percent of their calories. On special occasions, usually during the Lunar New Year, people butchered the family pig and feasted on pork.

As healthful as they were, some of these Okinawan food traditions foundered mid-century. Following the war, western influences — and economic prosperity — crept into traditional life and food habits changed.

Okinawans doubled their rice consumption, and bread, virtually unknown before, also crept in. Milk consumption increased; meat, eggs, and poultry consumption increased more than seven-fold. Between 1949 and 1972 Okinawans’ daily intake increased by 400 calories. They were consuming more than 200 calories per day more than they needed — like Americans. Cancers of the lung, breast, and colon almost doubled. Yet older Okinawans, whose diets had solidified before that time period, are the world’s longest- lived people.

BITTER MELONS: Known as goya in Okinawa, bitter melon is often served with other vegetables in a stir- fried dish called goya champuru, the national dish and cornerstone of the Okinawan diet. Recent studies found bitter melon an “effective anti-diabetic” as powerful as pharmaceuticals in helping to regulate blood sugar.

TOFU: Tofu is to Okinawans what bread is to the French and potatoes are to Eastern Europeans: a daily habit. Okinawans eat about eight times more tofu than Americans do today. Along with other soy products, tofu is renowned for helping to protect the heart. Studies show that people who eat soy products in place of meat have lower cholesterol and triglyceride levels, which reduce their risk of heart disease.

SWEET POTATOES: Okinawan imo is a supercharged purple sweet potato, a cousin of the yellow-orange sweet varieties. Despite its sweet, satisfying taste, the imo does not spike blood sugar as much as a regular white potato. The leaves are eaten as greens in miso soup. Like other sweet potatoes, it contains antioxidants called sporamin, which possess a variety of potent antiaging properties.

TURMERIC: Ginger’s golden cousin, turmeric figures prominently in the Okinawan diet as both a spice and a tea. A powerful anticancer, antioxidant, and anti-inflammatory agent, turmeric contains several compounds now under study for their antiaging properties, especially the ability to mimic caloric restriction in the body. Its compound curcumin has shown in both clinical and population studies to slow the progression of dementia — which may explain why Okinawans suffer lower rates of Alzheimer’s disease than Americans do.

BROWN RICE: In Okinawa, where centenarians eat rice every day, both brown and white rice are enjoyed. Nutritionally, brown rice is superior. Okinawan brown rice, tastier than the brown rice we know, is soaked in water to germinate until it just begins to sprout, unlocking enzymes that break down sugar and protein and giving the rice a sweet flavor and softer texture.

SHIITAKE MUSHROOMS: These smoky-flavored fungi, which grow naturally on dead bark in forests, help flavor Okinawan’s customary miso soup and stir-fries. They contain more than 100 different compounds with immune-protecting properties. Purchased dried, they can be reconstituted by soaking or by cooking in a liquid like a soup or sauce, and most of their nutritional value remains.

SEAWEEDS: (KOMBU AND WAKAME) Seaweeds in general provide a filling, low-calorie, nutrient-rich boost to the diet. Kombu and wakame are the most common seaweeds eaten in Okinawa, enhancing many soups and stews. Rich in carotenoids, folate, magnesium, iron, calcium, and iodine, they also possess at least six compounds found only in sea plants that seem to serve as effective antioxidants at the cellular level. Both are sold dried and packaged in the United States. 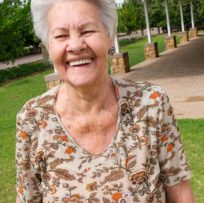 Trend two on aging healthily: Why is life purpose important? 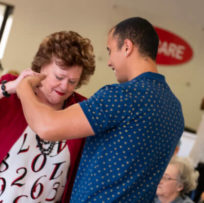 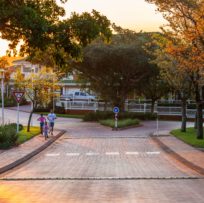