Alzheimer’s is the 6th leading cause of death in the United States and there are more than 5 million people currently suffer from the mental disintegration caused by Alzheimer’s Disease (AD).

The number of people affected by the disease is expected to triple by 2050 and costs are projected to be more than $380 billion annually by 2040. So, what can you do to prevent it?

Here are 5 scientifically-proven tips that help prevent Alzheimer’s Disease and other forms of dementia.

You don’t need to join a fitness class to maintain brain vitality! Interestingly, there is no association between intense physical exercise and Alzheimer’s risk. On the contrary, the best way to prevent mental decline is to walk daily. Walking about 5 miles per week increases brain volume, and correlates well with prevention of AD and other forms of dementia. Additionally, a sedentary lifestyle can more than double the risk of developing Alzheimer’s, making it a more impactful than heavy smoking! Other forms of light, regular exercise like gardening also have a preventive effect.

Stress and depression contribute to the onset of many chronic diseases. It is not surprising then, that depression is an early warning sign of dementia! People who show signs of depression as early as midlife have a 50% greater chance of developing AD. A growing body of evidence supports the preventive effect of a positive attitude and purpose in life on mental decline. Strategies to help you in this endeavor include volunteering, appealing to a higher power (i.e. practicing a religion), meditating and using deep breathing techniques. If you have severe depression, consider seeking a trained professional.

Several studies show heavy smokers (20+ cigarettes/day) have reduced gray matter density as they age compared to non-smokers. Smoking actually doubles the risk for contracting Alzheimer’s Disease. Luckily for current smokers, quitting seems to reduce these effects to that of a non-smoker.

Knitting, playing board games or learning other crafts during mid-life can reduce memory loss by 40%-50%. Television is not a hobby! Elders who spent their day (7 or more hours) watching television are 50% more likely to experience memory loss. Some evidence shows playing a musical instrument also helps protect cognitive function. There are documented cases of individuals in the throes of mental decline responding positively to music from their childhood, even recalling events from their past.

According to the Alzheimer’s Association, one in seven people who have dementia or Alzheimer’s live alone. That adds up to 800,000 people! Socially active people have up to a 50% reduced risk of developing dementia. There are a variety of positive effects social engagement can provide a buffer against dementia, including improving your mood and giving you a support network when you need it the most. Volunteering with friends may serve a double effect by improving mood and providing a purpose! One study reported people whose brains were severely affected by AD were still able to perform well on memory tests providing they had a large social network.

In terms of diseases people are most scared of, Alzheimer’s is second only to cancer. Following these 5 evidence-based tips will give you the best chance of avoiding this deadly condition.

The costs of Alzheimer’s Disease

In the Blue Zone of Ikaria, Greece, dementia is virtually nonexistent. This is in stark contrast to America, in 2012 there where 5.4 million people currently suffer from the mental disintegration caused by Alzheimer’s Disease (AD). According to the Center for Disease Control (CDC), this condition holds steady as the 6th leading cause of death in the United States. No known cure or drug currently exists that can prevent or even slow this deadly condition, and the monetary cost associated with this disease climbed to $200 billion in 2012! That number is projected cost more than $380 billion annually by 2040 as more of the baby boomer generation hits age 65.

What is Alzheimer’s Disease?

Alzheimer’s earns the title of the most common type of dementia, brain wasting diseases that result in brain cell death. Dementia causes memory to deteriorate and in some cases, people with Alzheimer’s experience difficulty speaking, understanding written and spoken words, recognizing certain objects, and exercising good judgment. In severe cases, patients have extreme difficulty completing familiar tasks in the home and experience confusion surrounding where and when they are.

Astoundingly, warning signs of Alzheimer’s can appear in the brain as many as 20 years before noticeable outward symptoms! Research into this confounding condition show environmental risk factors like smoking, depression, and inactivity all contribute to its development. If this list looks familiar, it may be because these lifestyle behaviors also impact heart health. As it turns out, heart health and brain health are directly intertwined! Like the heart, the brain needs a healthy supply of oxygen and nutrients to function properly, which are delivered via the bloodstream! To maximize your chances of retaining brain health, follow these 5 tips. 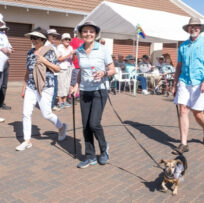 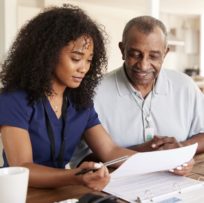 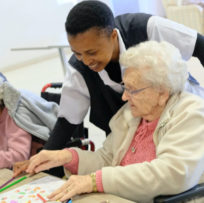