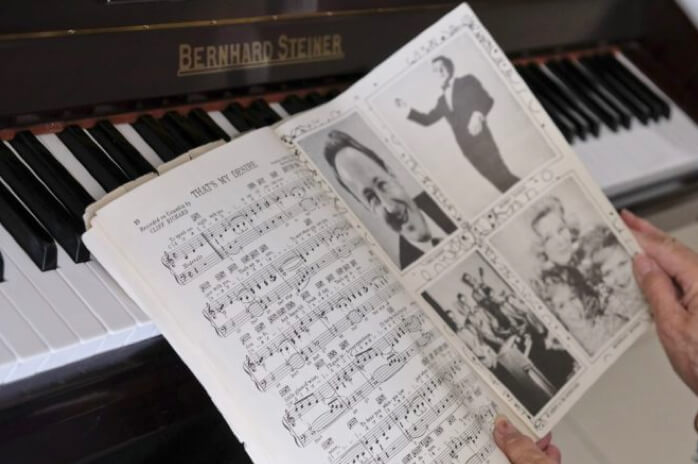 It is a cold morning in a church hall in Croydon, south London, and Peter Edwards is warming up his singers with some call-and-response exercises. But this is no ordinary choir: the participants are dementia sufferers, enjoying a final session before an appearance at Buckingham Palace.

Mr Edwards leads his group through rousing renditions of “She’ll Be Coming Round the Mountain”, “The Music Man” and “Oh, What a Beautiful Mornin’” before turning up the excitement by handing out maracas and tambourines. Singing for the Brain, as the session is called, is organised by the Alzheimer’s Society, a UK dementia support and research charity. It is one of many initiatives harnessing music to help not only those with living with dementia, but their carers too. The Commission on Dementia and Music, a UK project backed by the Utley Foundation, a family charitable trust, aims to turn a “cottage industry” of programmes into a national policy of musical interventions for all dementia sufferers by 2020. This is a difficult task given the commission’s estimate that less than 5 per cent of care homes in the UK currently provide “good quality arts and music activity for residents”.

The commission published its recommendations, calling for more music-based interventions in dementia care, in January. The advice is bolstered by neurological studies that have shown “musical memory” is handled by a part of the brain that remains relatively unscathed by diseases such as Alzheimer’s. Sally Bowell, research fellow at International Longevity Centre UK and one of the report’s authors, says: “Music can help alleviate some of the behavioural and psychological symptoms of dementia such as agitation and wandering, and has been shown to help reduce reliance on anti-psychotic drugs. ”She says music can have wider benefits too. “It can help tackle anxiety and depression and improve wellbeing, not just for the person with dementia but also for their carer.”

Playlist for Life is a UK charity that is also working with music to help people living with dementia feel connected to their past. The organisation has developed an app that can build “life soundtracks” of songs that provide that “flashback feeling” for a person with dementia. Powered by Spotify, the music streaming service, the app helps identify music from an earlier time in an individual’s life — typically between the ages of 10 and 30. Sarah Metcalfe, Playlist for Life’s chief executive, says the idea has been so successful that at least one GP has started prescribing playlists to wean patients off sedation. “Music is neurologically special and that’s why these different interventions are emerging,” she says. Chris Rowlands works as a playlist co-ordinator, using Playlist for Life’s system, at Nightingale Hammerson, a care home in London. “I call it the ‘pixie-dust effect’,” she says. “Get the right piece of music and someone will just come alive. It’s a joy to behold.”

Neil Utley — who also has his own record label — has been funding musical projects through the Utley Foundation since 2014. He says the foundation conducted a research project on people with dementia in conjunction with the Priory, a leading provider of behavioural care in the UK. “People who hadn’t moved a finger, within 40 minutes of having a live guitarist in front of them, were tapping their hands, some standing. It was quite moving and emotional,” Mr Utley says. Ms Metcalfe is optimistic the campaign can succeed. “What the ILC and the Utley Foundation are doing is taking this very simple thing and making a transformational difference to the way we approach this really frightening disease,” she says. “It needn’t be frightening. Music can help. It can help make life easier and happier.” 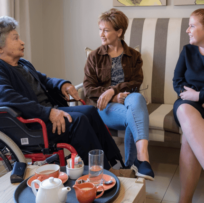